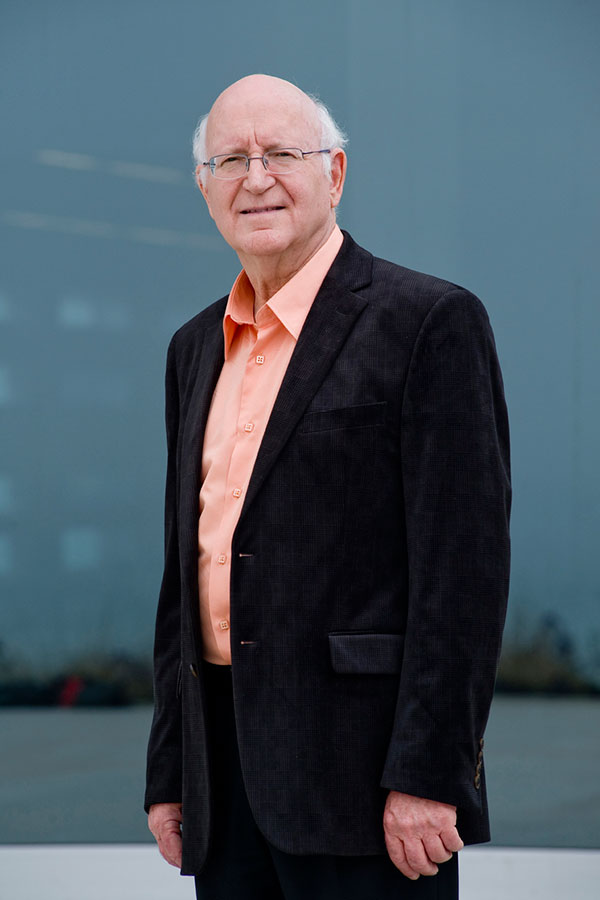 The conductor Avner Biron is the founder, music director and permanent conductor of the Israel Camerata Orchestra Jerusalem.

Creativity, inventiveness and originality are the watchwords for his versatile musical activities. By intensive and inspiring work, he has brought the orchestra to the highest standard in Israeli musical life, and won worldwide recognition for it. He creates original and interesting concert programs, and restores rarely performed repertoire to the Israeli concert halls, alongside renowned masterpieces. Furthermore, he encourages original Israeli compositions by commissioning works from Israeli composers, and performing them in Israel, abroad and on record.

Under Avner Biron's musical direction and leadership, the Israel Camerata Jerusalem relegates a considerable amount of its activities to educational programs and works with students in Jerusalem and countrywide.

The orchestra, under his direction, has successfully performed many concert tours in Israel, Europe, US and the Far East at the most importnat venues in Amsterdam, Berlin, Leipzig, Bonn, Paris, New-York, Washington, Los Angles, Chicago, Alaska, Beijing, Shanghai among others.

Biron's many recordings with the Camerata have won wide professional and public acclaim in Israel and abroad. Avner Biron has conducted the Israel Philharmonic Orchestra, the Jerusalem Symphony Orchestra, the Sinfonieta Orchestra, and has been invited to conduct orchestras around the world.

Avner Biron was the music director of several festivals, among them the "Abu-Ghosh" music festival and the "Music and Nature" festival in the Galilee. He founded the Galilee Soloists Ensemble, a virtuoso ensemble that gained international success within a short time and was invited on concert tours around the world.

Avner Biron was the head of the Jerusalem Academy of Music and Dance during 1994-2003. During his term, among other initiatives, he established the unique department of Arabic Music, the department for Multidisciplinary Music and the Academy Chamber Orchestra.

Studied biology at the Jerusalem Hebrew University and later went to Vienna and the Salzburg Mozarteum for further studies in musical direction. His special approach to music and interpretation is influenced by extensive knowledge in Music and Science.

He has performed many recitals and chamber music concerts. He has directed many master-classes for flutists in Israel and abroad. As a teacher and educator, Avner Biron has established a new generation of senior flutists and flute teachers.

In 2005 Avner Biron was awarded the Minister of Education Prize for excellence and artistic achievements over many years and for his contribution to the musical life in Israel.