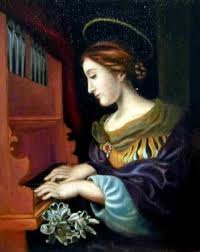 The program opened with Joseph Haydn’s (1732-1809) Symphony no.49 (La Passione) in f minor. The final work of Haydn’s middle period, no.49 (1768), modestly scored for 2 oboes, bassoon, two horns (in f), harpsichord continuo (mostly inaudible in this performance) and strings, is his last work in the sonata da chiesa form (the order of movements being slow-fast-slow-fast). The thematic material for each movement is derived from the symphony’s four opening notes (c, d flat, b flat, c). Probably named “La Passione” for its foreboding emotions associated with the death of Christ, it was deemed suitable for performance during Passion Week. Composed in the key for expressing loneliness, desolation and tragedy, the work displays Haydn’s emotional palette, its intensity, pathos and turbulent emotions and its minor modes, tying in with the Sturm und Drang aesthetic. The Camerata’s performance of the work was, indeed, painted in dark hues – the brooding atmosphere of the opening movement (Adagio), mellow and somber, subtly enriched with Haydn’s light use of wind textures. This was followed by the brighter, more energetic, sunnier Allegro di molto. The Menuet, certainly no Haydnesque Scherzo, was measured and pensive, the players’ use of detached notes, nevertheless, retaining the lightness of the dance. Graced by horns and bassoon, the Trio ventured into the major key. In the Finale, however, Biron takes us back to the darker moods, the sudden dynamic changes, punctuated by oboe utterances, propelled on by the work’s underlying tension. This was an interesting choice, certainly a different Haydn to much of his oeuvre.

And to the two works dedicated to St. Cecilia. In 1683, a group of amateur- and professional musicians in London established a “Musical Society” to celebrate the Festival of St. Cecilia, who, in the mid-fifteenth century had been accredited with the invention of the organ and was, consequently, proclaimed the patroness of music. St. Cecilia’s Day is November 22nd, the supposed date of her martyrdom. The members of the society commissioned Henry Purcell (1659-1695), only 24 at the time, to write an ode in honor of the first public celebration of the feast of St. Cecilia, thus launching an English tradition that would continue in one form or another till today. The libretto for “Welcome to all the pleasures” (An Ode for St. Cecilia’s Day) for soloists, chorus and instruments, Z.339 was set to a poem by dramatist/poet Christopher Fishburn. Purcell scored it for three solo voices, choir, four-part strings and continuo. Relying on the intermingling of string-, solo- and choral textures to create tension, this sorely neglected small gem of a work opens with a Sinfonia in two movements – a majestic, canonic Grave, followed by a contrapuntal Canzona. Maestro Biron had his string players – although not playing Baroque instruments - using less vibrato, keeping the general sound fresh and bright, lending vivacity to the wonderful and original string ritornelli that conclude many of the vocal sections. Soloists and small ensemble members were tenor Nathan Vale, soprano Elinor Rolfe-Johnson, soprano Shimrit Tsiporen, mezzo soprano Sigal Haviv and baritone Guy Pelc. In a movement composed over one of Purcell’s many grounds (an ostinato of three bars!), Haviv gave a breezy, pleasing reading of “Here the deities approve”. With vocal ensembles threaded throughout and joining the choral- and instrumental score, the performance brought out Purcell’s (sometimes whimsical) word painting. (Dissonances appearing around the word “lute” hinted as to Purcell’s opinion of the instrument). Following Pelc’s articulate singing of “Then lift up your voices” and Vale in “Beauty, thou scene of love”, we heard one of Purcell’s most original touches - his setting of the word “Cecilia” in the last section: it is repeated in all voices, in all registers, with one sole bass member of the Israeli Vocal Ensemble left to sing it for the last time. The New Israeli Vocal Ensemble’s flexible, precise singing and timbral homogeneity gave the performance elegance and verve.

At the 1739 St. Cecilia’s Day festival in London, Georg Frideric Händel’s dazzling Ode to St. Cecilia HWV 76 to the famous Dryden text praising music’s powers was performed. The score calls for chorus, strings, continuo, flute, double reeds, trumpets, timpani and the seldom-heard pairing of solo soprano and tenor voices, originally intended to showcase the skills of Händel’s two Italian opera stars. Most of the melodies were taken from Gottlieb Muffat’s “Componimenti musicali” (c.1739) but totally reworked by Händel. Avner Biron’s reading is free of dryness and affection, his orchestra never sounding dense and inarticulate, as the performance moves along swiftly through its discussion of harmony, the human voice, the trumpet, flute, violins, organ and lyre to extolling Saint Cecilia to the point that the “spheres began to move”. Parallel to these, we heard lush and colorful individual playing by several of the Camerata’s instrumentalists – first ‘cellist Zvi Orleansky in most expressive obbligato playing, flautist Esti Rofe, Iris Globerson on organ, trumpeters Dima Levitas and Marat Gurevich, bassoonist Mauricio Paez, etc. The NIVE’s singing was polished, rich in meaning and shape and articulate, its members singing into the natural emphasis of Händel’s music and the text’s key words.

This was British opera singer, recitalist and oratorio tenor Nathan Vale’s first Israeli appearance. His performance displayed much involvement in the Dryden text and its translation into the musical medium, their drama and impact. Throwing the listener headlong into the colorful text, his treatment of the first wrenching aria of the work was full of contrasts, his easeful leaps and crisp diction powerful and effective. This kind of performance could certainly leave no room for indifference on the part of the audience!
‘The tuneful Voice
Was heard in high,
“Arise, ye more than dead!”
Then cold and hot,
And moist and dry,
In order to their stations leap
And Music’s pow’r obey.’
His singing of ‘The TRUMPET’s loud clangor’, joined by trumpet obbligato and choir, was every bit as joyful and celebratory as intended. Vale is a convincing young artist, his rich, grounded tenor timbre tempered with flexibility, a sense of drama and emotional depth.

Back performing with the Camerata, British soprano Elinor Rolfe-Johnson is also an artist to watch. Hers is a large, creamy voice of even timbre, her upper register fruity and stable, her held notes and melismatic moments spiraling richly and effortlessly into the apex of her range. In ‘What passion cannot MUSIC raise and quell?’ she and ‘cellist Orleansky created music of sheer beauty, Rolfe-Johnson then collaborating with flautist Rofe in the delicate and sensitive aria speaking of
‘The woes of hopeless lovers,
Whose dirge is whisper’d
By the warbling flute’
Rolfe-Johnson’s calm presence and physical poise, giving rise to an outstandingly steady, powerful voice, carried her triumphantly into the resplendent, totally solo passages of the final Grand Chorus, concluding what was, indeed, an enriching and inspiring evening of music.